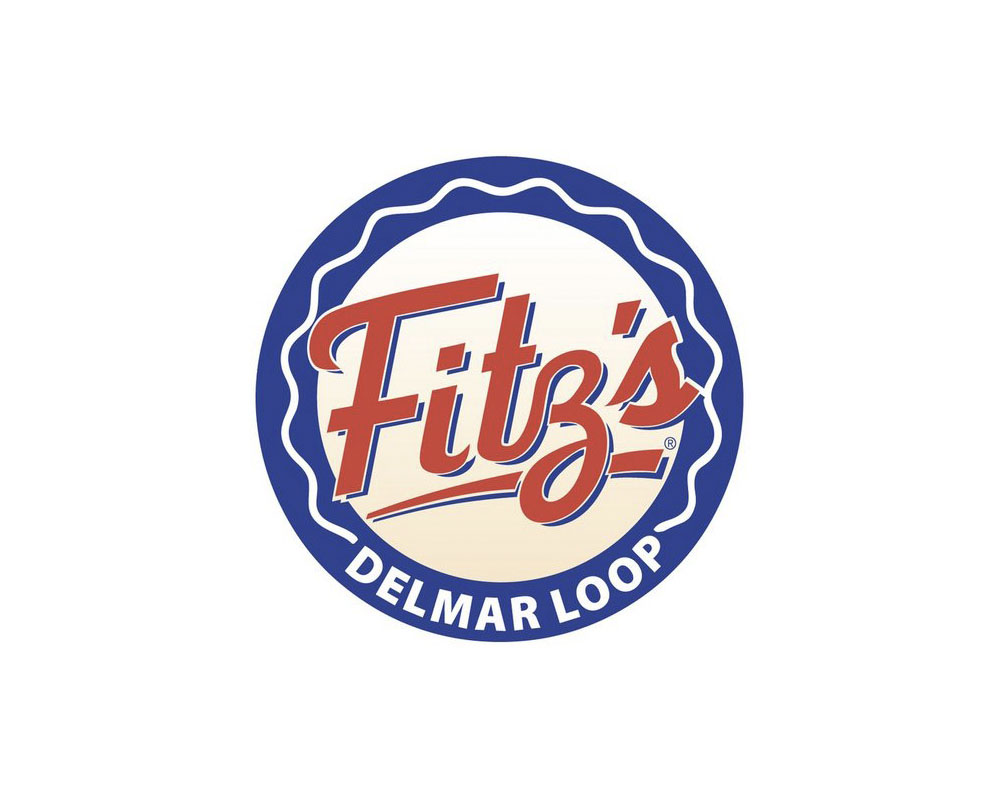 In 1993, Fitz’s opened in the Delmar Loop area of University City, a suburb of St. Louis. To assure authenticity, the call went out for a vintage bottling line. Incredibly, a 1940’s bottling line was found in an old barn in Shawano, Wisconsin. It was refurbished and installed at the restaurant, where it is visible from every table on the main floor. Fully operational, the bottling line can turn out a bottle every second….of root beer or other popular flavor, such as cream and orange.

Fitz’s Original Restaurant
The building that houses Fitz’s was built in 1928, for the West End Bank. It became the Delmar Bank in 1933, and was remodelled in 1944 when the attractive art deco façade was added. For a while, during the 1980’s, it was a Chinese restaurant known as The Lantern House.

Today, Fitz’s sits in the heart of the Delmar Loop, a ten-block section of distinctive stores, shops and even a renovated movie theater dating back to the 1930’s. One of the highlights of this area is the St. Louis Walk of Fame. Inaugurated in 1988, the Walk of Fame honors more than 100 men and women with plaques in the sidewalk over a 6 block area. These are St. Louisans who have made contributions to our culture in many different areas of endeavor. The honorees include Kevin Kline, Chuck Berry, Tina Turner, Tennessee Williams, Charles Lindbergh and Stan Musial.

Fitz’s Root Beer first appeared in St. Louis at a local drive-in restaurant back in 1947. Famous for its tasty draft root beer and hamburgers, Fitz’s quickly became a local tradition. After sadly disappearing for a number of years, Fitz’s Root Beer was revived in 1993 when Fitz’s Bottling Company, America’s original soda microbrewery opened in the historic and vibrant Delmar Loop. Please come watch us bottle Fitz’s Premium Sodas while sipping on a frosty mug of root beer and enjoying some good homemade food from our diverse American menu.

Fitz’s Root Beer, our flagship soda, is made according to an original recipe developed in St. Louis in 1947. Our unique formula features fine ingredients including select natural roots, spices, barks and is exclusively sweetened with all natural pure cane sugar. Thanks to its robust and creamy flavor, Fitz’s Root Beer has been recognized as one of the best root beers in the United States. We keg Fitz’s Root Beer in 15 gallon barrels in our bottling room right inside our restaurant and serve it ice cold right out of the tap. Our mugs are ‘bottomless’ so come thirsty and enjoy Fitz’s Root Beer, and our other kegged traditional sodas, including Fitz’s Diet Root Beer, Cream Soda, Orange Pop and Black Cherry!

Fitz’s is family friendly so families and large parties are always welcome! Besides plenty of draft sodas and fantastic floats, we also offer a wide selection of local craft beers and signature adult beverages. In warm weather, outside seating is available on our large patio right next to the newly constructed Chuck Berry Plaza!