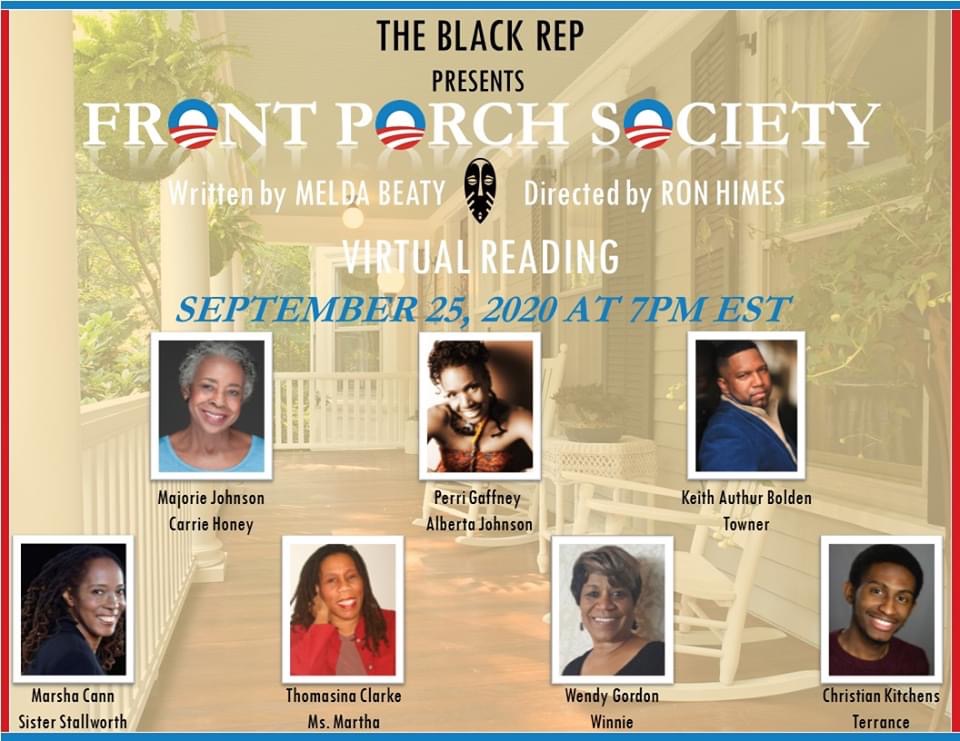 The Black Rep will close the month of September with a virtual production of Front Porch Society by Melda Beaty. America is on the eve of electing its first Black president. Amidst the town’s excitement over Barack Obama, Carrie Honey grieves her son’s tragic death. After 40 years of failed attempts to seek justice, Carrie has grown bitter and is no longer interested in life’s celebrations, but when a scandal in town rocks this historic day, a past secret is revealed that restores her faded faith. This production will be live-streamed with direction by Ron Himes. This cast will feature Marjorie Johnson, Marsha Cann, Thomasina Clarke, Perri Gaffney, Keith Bolden, Christian Kitchens, and Wendy Gordon.