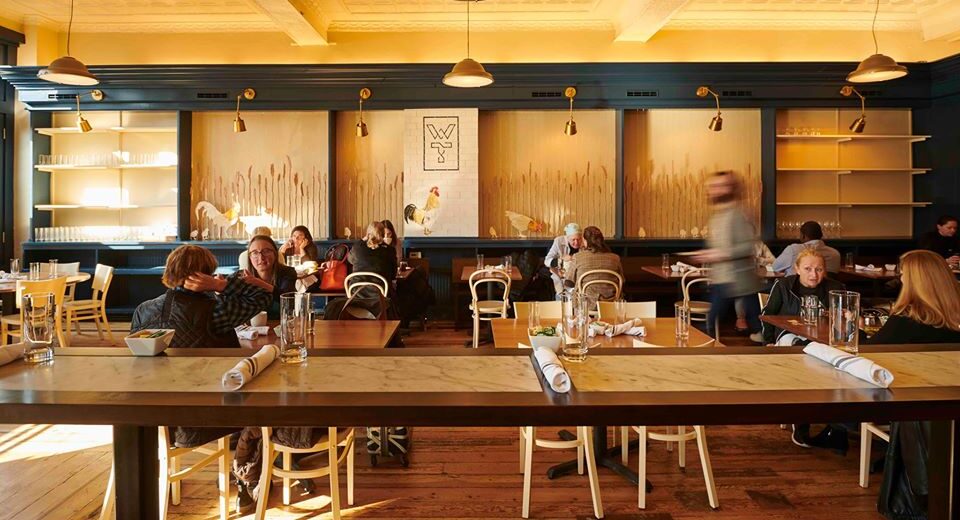 Service in the Pandemic: From Wine Guy to Working Winslow’s Table’s Window

Nick Denietolis began his food career working at Schnuck’s when he was a teenager. Eventually, he moved up to the meat department, gaining valuable food prep experience that helped him transition to a back-of-house position in the restaurant business. From there, he moved to a server position and then became a wine professional, always moving forward in the hospitality industry. For that reason, he can’t help but see the irony in what the COVID-19 crisis has done to his career.

“I started in retail, then cooking, then service, then fine-dining and eventually, I did sommelier training and got super into wine,” Denietolis says. “Now, because of the pandemic, I’ve come back full service, because I’m basically working at a grocery store.” 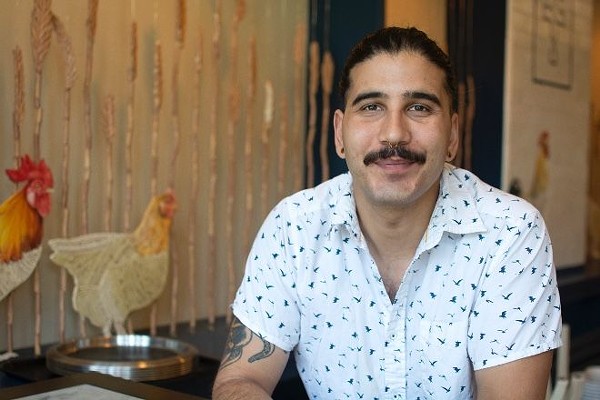 At Winslow’s Table, Nick Denietolis finds ways to provide hospitality even in a takeout environment.

Denietolis is half joking since the grocery store he refers to is actually Winslow’s Table (7213 Delmar Boulevard, University City; 314-725-7559), the neighborhood eatery owned by Vicia’s Michael and Tara Gallina. Unlike a place to pick up grab-and-go Top Ramen and Cheetos, the restaurant has pivoted to a model where guests can grab local produce and goods, housemade hand sanitizer, wine, beer and ready-to-eat food, all served out of a quaint pick-up window. It’s as charming a setup as one can get in the midst of a pandemic, but Denietolis cannot help but lament what was lost when dining rooms were forced to shutter.

“What drew me to Vicia and kept me involved in that job is getting the chance to be really knowledgeable about not just what food is and its history, but where it’s grown and why it’s cooked a certain way,” Denietolis explains. “At Vicia, the full tasting menu is an explosion of knowledge you try to drop on everyone in regard to those aspects. We’ve taken field trips to the farms, met the cows, held the chickens; sharing those things with people in the restaurant has been a huge source of excitement in my job and something we get a lot less of when talking through a window. You don’t get to go on a ten-minute diatribe about beets when you are talking through a window.”

As difficult as that transition has been, Denietolis is thankful for his job as a sommelier-turned-counter server at Winslow’s Table, considering how uncertain things have been for the service industry. He recalls how quickly everything changed: One minute, he and his teammates were getting ready for the beginning of the restaurant’s first patio season; the next, they were unemployed — something the Gallinas did to ensure their employees would be able to get unemployment and survive financially amidst the uncertainty.

Denietolis took that time as an opportunity to pause. Like many of his friends, he baked, ate a ton of pasta, experimented with fermentation, watched too much television, biked and spent time outside — a privilege he had thanks to the comfort he had in knowing he’d eventually be called back to service.

Now that he has resumed working at the restaurant, he’s thankful for the neighborhood that supports it and, in turn, the small farmers who stock its pantry. And though it happens less often than before the pandemic, Denietolis is also thankful for the opportunity to provide those little bursts of hospitality whenever he can give them.

“We do the best we can to be very gracious and do different things to show that we care about the customer and their experience,” Denietolis says. “It’s a lot less walking someone through a wine list and more walking them through how to use our website to order and being accommodating with pickup times. It makes it really important to be gracious and over the top in those times we have to give people a good experience because we have less chances to do it.”

Denietolis took a moment away from the window to share his thoughts on the way the pandemic has affected his job, how he’s kept busy and what gives him hope, even in these challenging times.