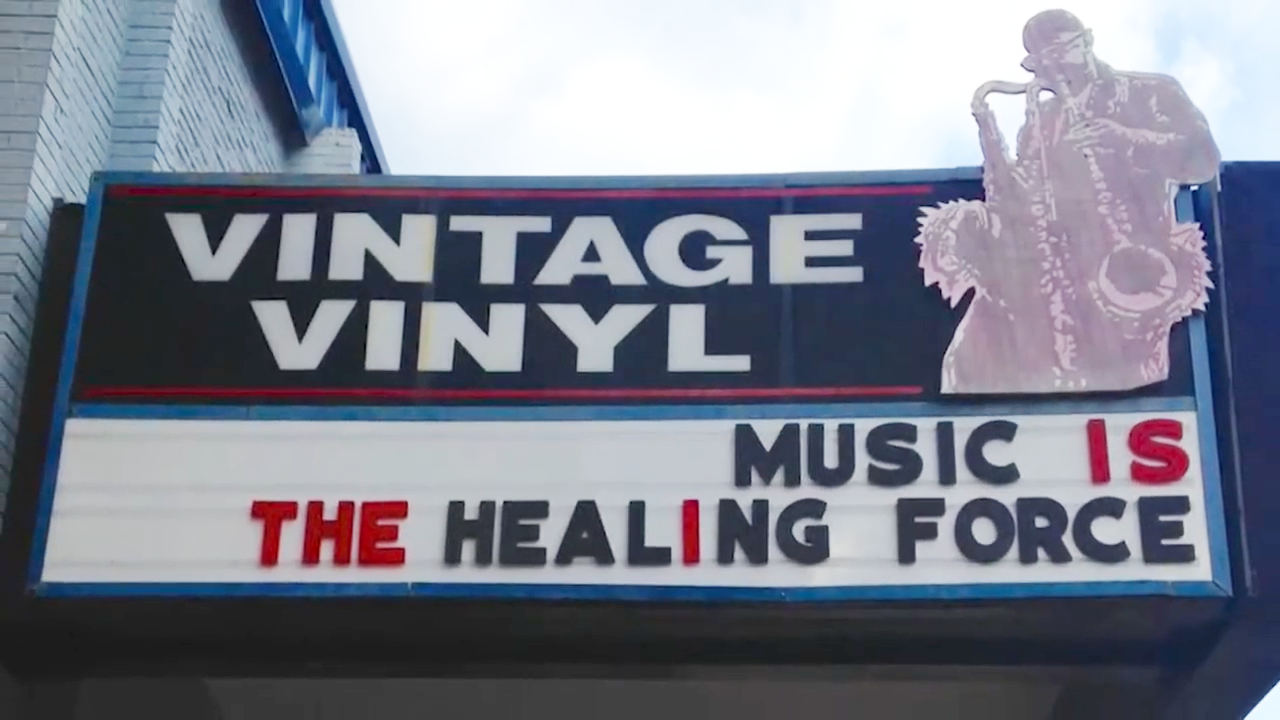 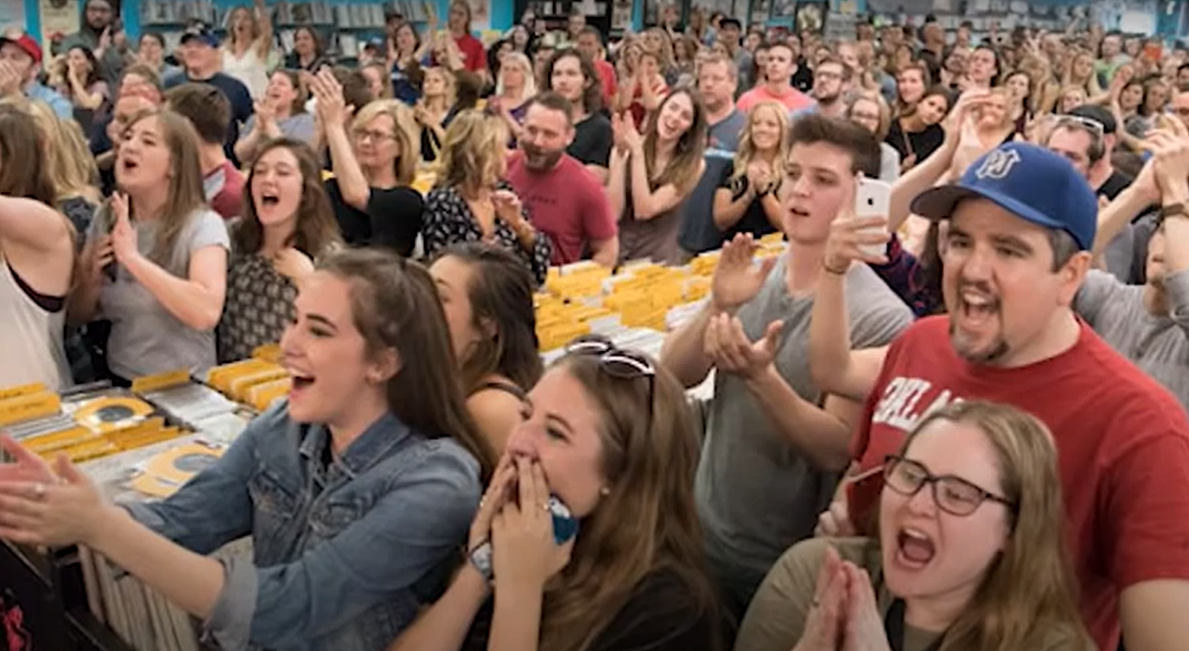 Sound the trumpets, blow the horns. The pilot of Papa Ray’s Vintage Vinyl Roadshow is now complete. The first episode will air on September 3 on KETC Channel 9 at 8 p.m. CST and Papa Ray and the Vintage Vinyl staff will share the story of the mystical healing powers of music.

Vintage Vinyl is one of St. Louis’ most beloved institutions. This documentary tells the history of the independent record store, with archival footage and videos from in-store performances and signing events, including the man who has owned and operated it for decades, Tom “Papa” Ray. Explore the apex of Vintage Vinyl’s cultural influence on the city. Thursday, September 3, 8 pm (encore September 5, 6:30 pm, and September 8, 8 pm)

Tom Ray and his wife Laura, who serves as executive producer for the series, traveled to Santa Monica to pitch the show. – VIA TOM RAY 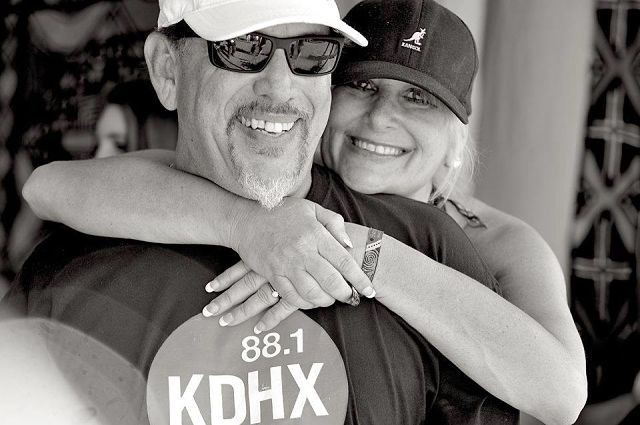 The Behind the Scenes Story

Except from Bill Beggs Jr. at Town & Style

Used to be you could buy records at a chain store in every mall. Or at Sears. But the groove-addicted consumer knows that the only place to go for a record, a recommendation or an earful is an independent record store, the music aficionado’s mecca. And we have one of the nation’s 10 best (according to national mainstream daily USA Today) right here in the University City Loop: Vintage Vinyl.

The alternative press has been singing its praises for years. The lion’s share of credit goes to owner Tom ‘Papa’ Ray, who’s been there 40 years at its present location across the street from the bronze of Chuck Berry duck-walkin’.

Ray, who’s been spinning R&B on KDHX for three decades as the Soul Selector, is now on the hunt for a TV audience with Papa Ray’s Vintage Vinyl Roadshow, a 26-episode series that takes viewers from NYC to the Big Easy, Japan to the U.K. And even Kingston, Jamaica! Papa Ray is presently shopping the series to cable networks.

Ray has been referred to, tongue partly in cheek, as the ‘Anthony Bourdain of Indie Record Stores.’ As he strokes his Wolfman Jack goatee for a moment, he points out that if people watch shows about cupcakes, why not vinyl?

Indie record stores are ground zero for the resurgence of the 12-inch LP or 7-inch single. But they don’t pop or click like those well-worn Otis Redding, Elvis and Beatles records some baby boomers abused as teenagers; today’s vinyl has a warm, honest sound and feel that are not possible digitally, whether via CD, iTunes or Spotify. Although Vintage Vinyl is the outgrowth of a ‘music-obsessive’ man’s desire to be in the business on his own terms, Ray has played for peanuts in a variety of bands over the years and joyfully recalls his time on the road in the U.K. with a band called Vintage Trouble. Ray was the itinerant DJ, spinning discs of American R&B, the likes of hometown hero Alvin Cash, between band sets. Audiences and dancers loved it.

“The British have a greater appreciation for American music than the average American does,” he says. What? Of course. The Beatles and Stones had great success with covers of Chuck Berry hits.