Dining at Diego’s Is Transcendent

Natasha Kwan was utterly shocked when she heard the news of her friend Chuck Pener’s passing. Even before she opened her debut restaurant, Frida’s, just a couple of storefronts down from Pener’s Mediterranean gathering place, Momo’s Taverna, Kwan considered Pener a pal. That friendship only grew over the nine years they ran their restaurants alongside one another; the sudden absence of his presence was palpable.

The loss of Momo’s bustling corner restaurant was also distressing for Kwan, not simply because it sat dark for the first time since she’d shared the block, but also because of the possibility of what would happen to it. As Kwan’s husband, Rick Roloff, would frequently tell her, she just needed to take over the space herself. If she didn’t, he said, she would be reminded of a missed opportunity every time she looked at whatever restaurant took Momo’s place and would be even more disheartened if it wasn’t up to the standards she had set for her little corner of University City. 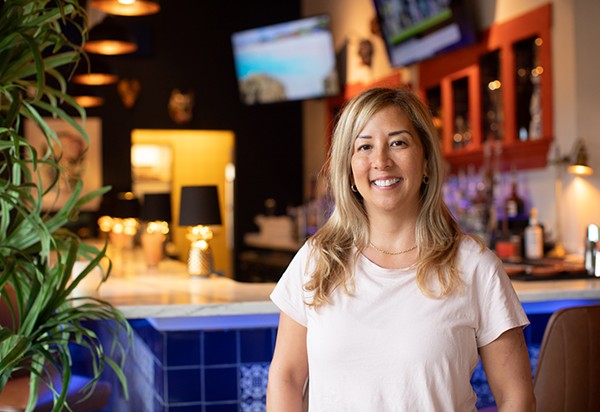 READ THE FULL ARTICLE ON THE RFT